The Most Deplorable Things the Ferengi Did on Star Trek

The minds behind Star Trek have imagined an idealized future for humanity. In this world, there is no poverty, there is no hunger - there is no money either, so those who work either do it for their own pleasure or to improve themselves. In this society, humanity has overcome its craving for physical possessions, seeking things that are more noble and elated.

The darker instincts of humanity are conveniently transferred to other species in the Star Trek universe. The Vulcan received our cold and calculated part, the Romulan received our paranoia, the Klingon, our aggression… and the Ferengi became a representation of our greed, our constant chasing of wealth.

In most Star Trek series, the Ferengi only appear in a handful of episodes, often serving as comic relief. During its seven seasons, “Star Trek: Deep Space Nine” gave us a few insights into the inner workings of the Ferengi society - and what’s going on in a Ferengi’s mind. And apart from a few brief moments of nobility, they are exactly as bad as the other series make them out to be. Let’s take a look at some of the most deplorable things the Ferengi did on Star Trek.

Gambling is not a charity. When you step inside a casino in Vegas or load any game at the JackpotCity online casino you should be prepared to lose. Casino games have a built-in house advantage. They are fair, and they do pay out big wins at times (just think of all the million-dollar jackpots hit at the JackpotCity over the years) but in the long run, they always make profits for the casino. 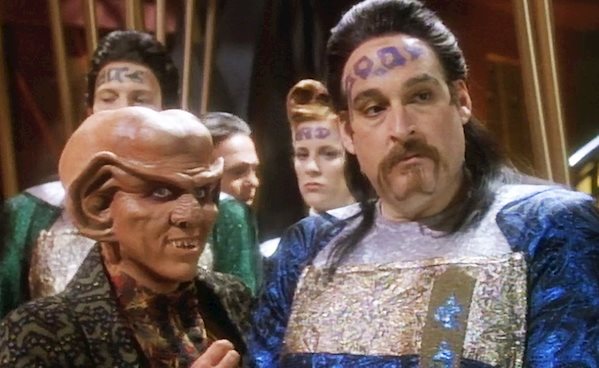 The Ferengi, in turn, love to play dirty. In “Move Along Home”, the 10th episode of the first season of DS9, a game-loving species called the Wadi arrives at the station. The Wadi head straight for the gaming tables and can’t stop winning… that until local bartender Quark gets tired of losing, replaces the girl operating the Dabo table (a game that looks similar to roulette), and the guests start losing immediately.

Cheating at casinos is not only despicable but also illegal - on Earth, that is. The Ferengi’s Rules of Acquisition, in turn, has the following to say about this: “Let others keep their reputation. You keep their money.”

Pretending to be gods

In the 8th episode in season 3 of “The Next Generation”, the Barzan are negotiating the rights to a wormhole they discovered in their territory. Many parties are interested, including a couple of Ferengi who, ultimately, enter the wormhole and are lost.

We encounter the two again in “False Profits”, the 5th episode of the third season of Star Trek: Voyager. Apparently, the wormhole took them to the Delta Quadrant, close to a planet with a Bronze Age civilization. They landed and, using their technology (especially their replicator) they end up taking over the planet, pretending to be gods, and exploiting the unsuspecting natives. It takes the crew of Voyager some ingenious religious manipulation to get them off the planet. Ultimately, they escape - but not before ruining the Voyager’s chances to use the wormhole to get home.

“Little Green Men” is the 8th episode of the 4th season of “Deep Space Nine”, the only Star Trek episode without any Starfleet characters, and one of the funniest episodes in any series. That until you consider the consequences. 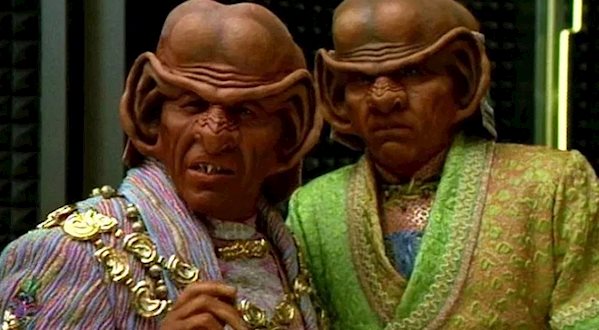 Quark, Rom, and Nog - the three beloved Ferengi characters from the series - are blown back in time by an explosion on board of their shuttle. They crash land in Roswell in 1947, taken to a military base, and mistaken for Martians. Quark sees this as an opportunity to make a fortune (because of course he does) and cooks up a plan to scam humanity, take the shuttle to the Ferenginar and turn the galaxy upside-down. Ultimately, Constable Odo upsets his apple cart - along with the army officials planning to dissect the “Martians” they found. The four ultimately escape, leaving nothing behind but a conspiracy theory.