The clunkiest of the Star Trek series nevertheless has several episodes well worth a watch. In fact, “Broken Bow”, the two-part premiere episode, gets things going off to a great start before the almost-obligatory blah feeling of an ST season one. Season three is devoted to a single story arc, and by season four, higher-quality stories are the order of the day – until that final episode. 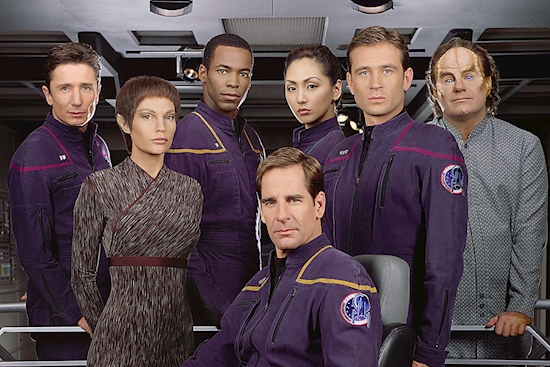 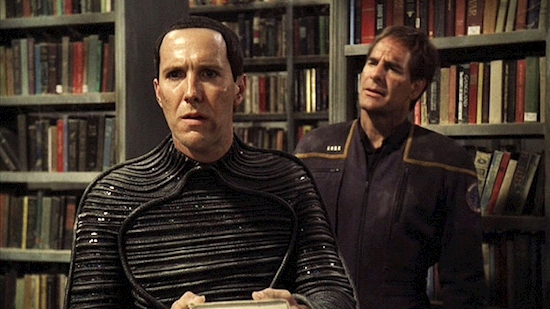 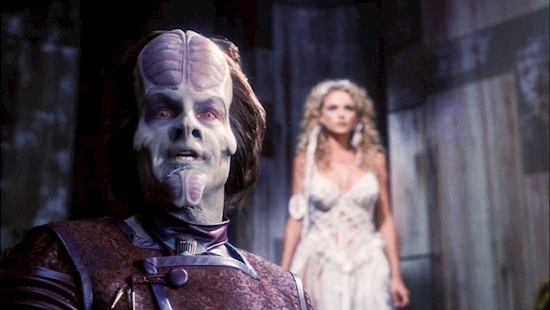 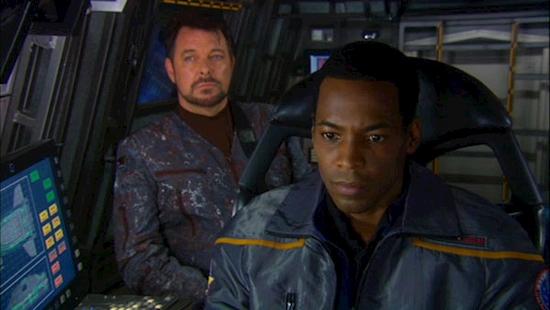 Season 1 – After starting with the excellent “Broken Bow”, quite possibly the strongest of any Star Trek series opener, most season one scripts are quite thin of plot and/or highly derivative. Throughout season 1 are numerous “spooky abandoned spacecraft” and “Vulcans are weird” storylines with scripts here and there standing out due only to character introductions. Among these we may include “The Andorian Incident” (episode #7), which reintroduces the Andorian (you know, the blue dudes with antennae) and specifically the hot-headed Tholos, who would become an ally of the Enterprise. “Cold Front” debuts the time-traveling character Daniels, who would return repeatedly to the show in its four seasons.

Season 2 of Enterprise is unfortunately much of the same as the debut year, again starting strong and petering out rapidly. “Carbon Creek” (#2) is an absolutely outstanding story about Vulcans stranded in 1950s America and is probably the single best Enterprise episode. First contact with the Romulans is depicted in “Minefield” (#3), and the single most divisive episode in Star Trek history is certainly “A Night in Sickbay” (#5). (For the record, Star Trek Guide loves that one.)

Season 3 – In response to steadily falling ratings, Berman & Braga decided to get topical and to try something different for season 3. The pair closed out season 2 with part one of “The Expanse,” which would trigger the single storyline of season 3, roughly Earth vs. the Xindi, a group of five intelligent species that preposterously evolved on the same planet. Borrowing an idea from Starship Troopers, the Xindi launch a long-range attack on the Americas – and also a 28-episode metaphor for 21sst-century terrorism – because “Temporal Cold War.”

Season 4 – The final episode of season 3 and first two of season 4 compose the conclusion of the Temporal Cold War storyline in wild fashion; after this, Enterprise season 4 gets to work expanding one minutiae that only the most devoted Trekkie would care about: The origins of Khaaaaaaaaan (“The Augements,” #6, and hey, at least this one’s got Brent Spiner in it!); the reason for the 23rd-century Klingons’ lack of bumpy foreheads, thus blowing away Worf’s elegant explanation on Deep Space Nine (“Affliction”/”Divergence”, #s 15-16); Orion slave girls (“Bound”, #17); and one more trip into the mirror universe (“In a Mirror Darkly”, #s 17-18) with the most amazing cold open in Star Trek history, no joke.