Of the three 1980s/90s Star Trek series, Voyager takes the longest to really get up  a head of steam. The very premise of the show, i.e. Federation citizens and members of a terrorist organization must learn to band together to survive in an unknown part of the galaxy, is mostly forgotten by episode 4 of season 1. In addition, the show’s two most notable characters – the Doctor and Seven – don’t really take over the proceedings until season 4 or so. Nevertheless, Voyager does include some true ST classics in its run (e.g. “The Blink of an Eye”, the existential nightmare “Course: Oblivion”) that just about forgive all involved for “Threshold.” 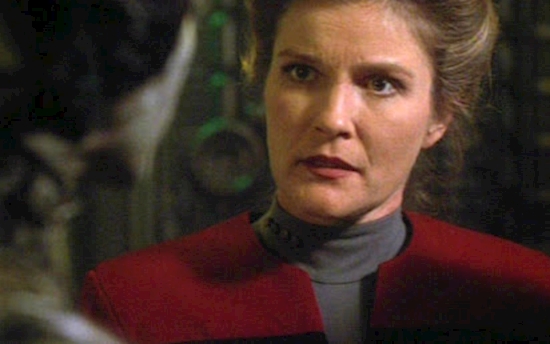 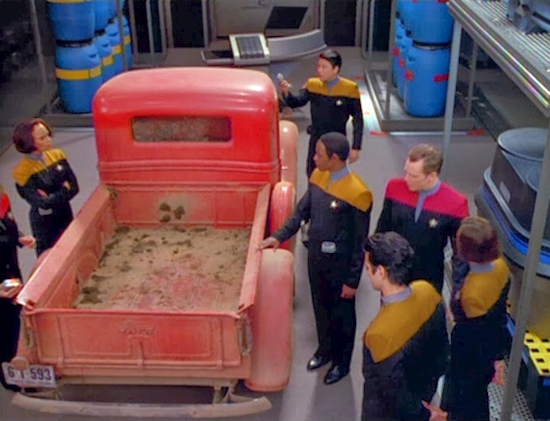 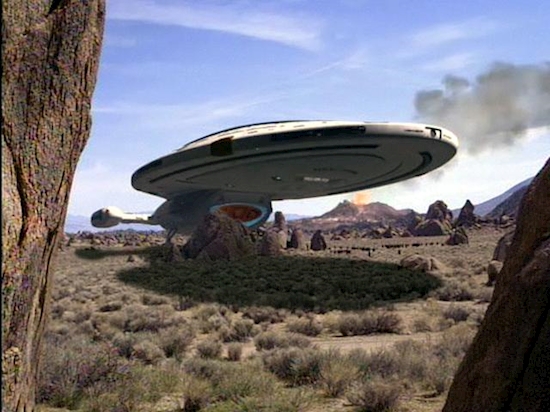 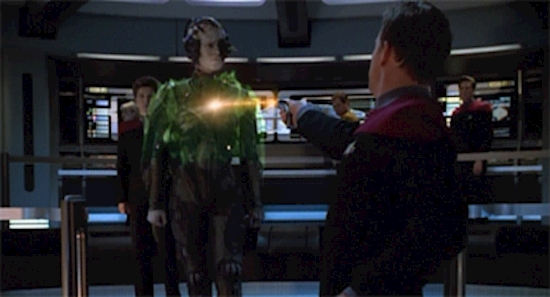 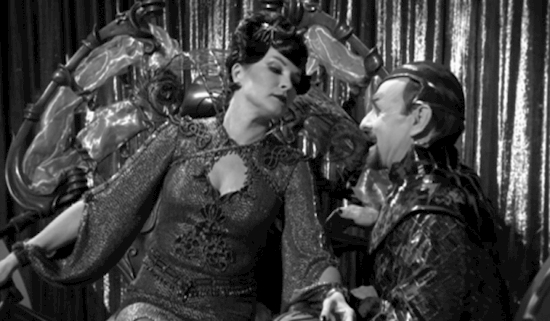 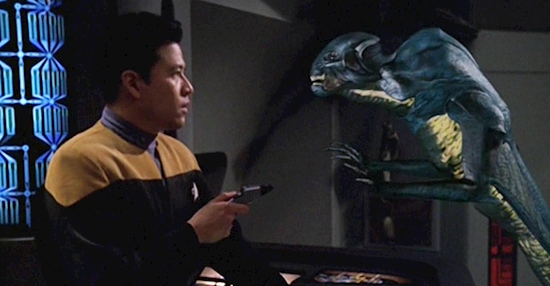 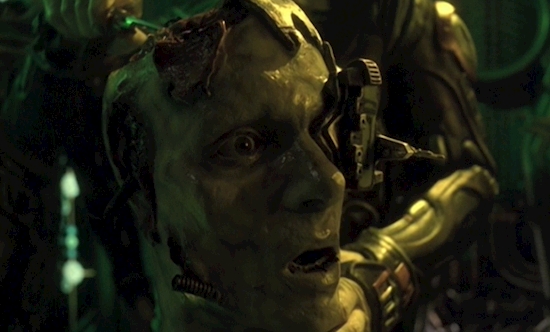 Season 1 – How can “Caretaker” be considered by far the weakest of all Star Trek premieres? Because it suffers from all the blah plotlines and meh characters while introducing a handful of dead-end stories and irrelevant background. Any sort of conflict promised by combining Maquis and Enterprise crews is cleared up by episode #3, for example, and Tom Paris’s supposed controversial past is hardly an issue by the time the credits roll.

Season 2 – In an attempt to up the stakes for the series, much of season 2 is devoted to trying to make the Kezon badasses. However, stuff like “Alliances” (#14) pales in comparison to anything involving political machinations on Deep Space Nine. Voyager thankfully reaches is nadir in this season, with the straight-up stupid “Tuvix” (#24, in which Tuvok and Neelix are combined via transporter accident) and the profoundly bad “Threshold” (#15, in which Paris exceeds warp 10 in shuttlecraft, passes through every point in the Universe, evolves into a giant insect and impregnates Janeway – and it’s even more ridiculous than that tight summation makes it sound).

Season 3 – A fairly uneven season does contain a few gems. Lots of head trip episodes lead up to Voyager’s version of Star Trek IV: The Voyage Home in “Future’s End” (#s 8-9) – except set in the 1990s and not nearly as funny. Janeway and Kes end up on the wrong (but suspenseful) side of time paradoxes in “Coda” (#15) and “Before and After” (#21); Robert Picrado gets to chew the scenery as a Mr. Hyde-like version of his Doctor in “Darkling” (#18). And Voyager season 3 may boast the best holodeck-based episode ever with “Worst Case Scenario” (#23).

Season 4 – Season 4 is to Voyager what season 2 was to Next Generation or season 3 was to Deep Space Nine. As in those other instances, Star Trek: Voyager starts out purposefully and strong from the starting gun: Part 2 of “Scorpion,” “The Gift” and “Day of Honor” gave lots more quality time to the fan favorites (and, let’s face it, better characters) Captain Janeway, the Doctor and new addition Seven of Nine while keeping Neelix’s participation minimized and jettisoning Kes. The “Year of Hell” storyline (#s 8-9) puts the emphasis on action, while the awesome Species 8472 returns in “Prey” (#16).

Season 5 – Although Voyager was conveniently “flung” out of Borg space early in season 4, season 5 sets a single-season mark for greatest use of the Borg – even if we don’t include everything about the increasingly interesting Seven of Nine – with “Drone” (#2), “Infinite Regress” (#7) and “Dark Frontier (#15-16) all Borg-centric. This season is also notable for its high number of character-focused episodes In fact, of all the main characters, only Neelix is denied (yes!) a solo shot in this season.

Season 6 – Perhaps feeling the urgency of a seventh season (the closer for TNG and DS9), more episodes in season 6 tantalize at methods of reducing the Voyager’s trip back – heck, even noted Next Generation second banana Reg Barclay gets broken out of mothballs to try and contact the ship through subspace (“Pathfinder”, #10). We’ve also got good old Federation machinations (“The Voyager Conspiracy”, #9) to ramp things up a bit. Season 6 is also a great one for returning characters: The Borg are back again of course, but so are Kes (“Fury”, #23) and Dr. Zimmerman (“Life Line”, #24).

Season 7 – Voyager’s final season hardly feels like a final season, and the concluding two-parter (“Endgame“) is as muted as the entire series had been, as is quasit-retrospective “All Good Things”-like “Shattered” (#11). Q makes his final appearance (to date) within the franchise in Q2 (#19), and hardcore ST fans cannot be too enthusiastic about “Inside Man” (#6), a mash-up of Ferengi con artists, Borg technology, Federation conspiracy and Reg Barclay.