Once considered the black sheep of the Star Trek universe, Deep Space Nine has earned a repuation as a series far ahead of its time. Indeed, a look at these episode listings shows that DS9 could well have been the first-ever binge-worthy tv show. A few bottle episodes (“The House of Quark”, “Take Me Out to the Holosuite”) may be watched as purely isolated stoies while “Far Beyond the Stars” is set completely outside continuity, but the generally intricate plots and seaon-long story arcs help make DS9 well more popular among the contemporary viewing public… 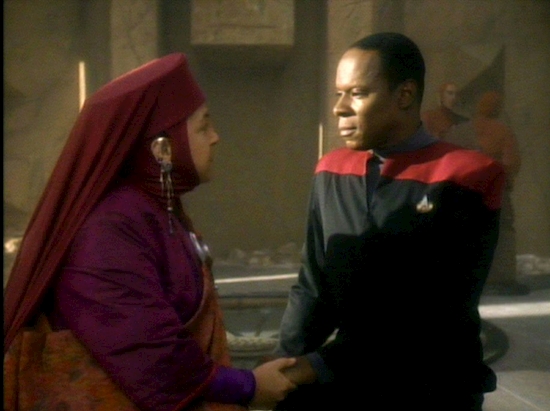 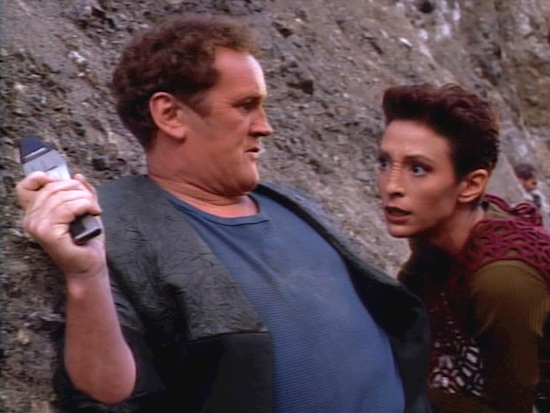 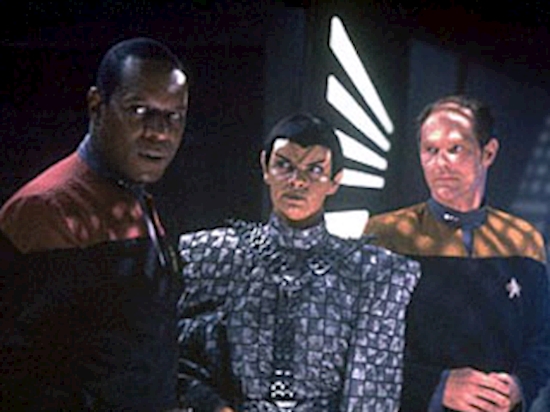 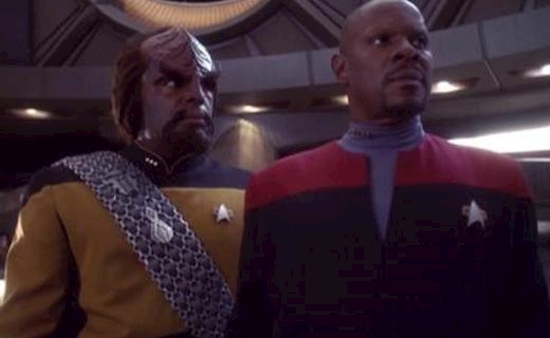 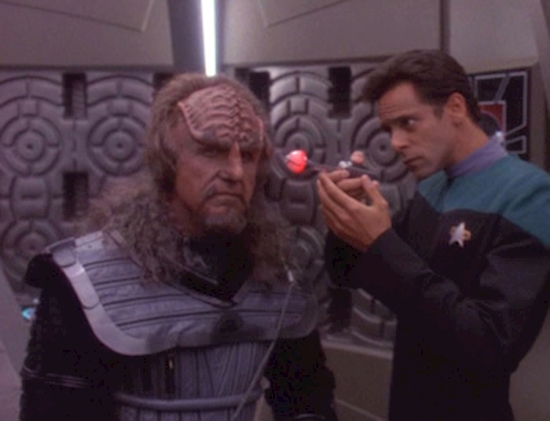 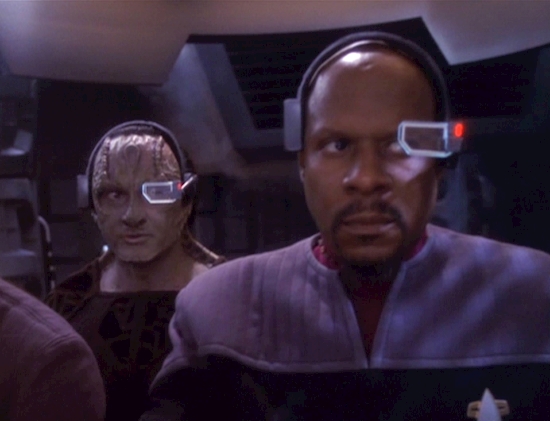 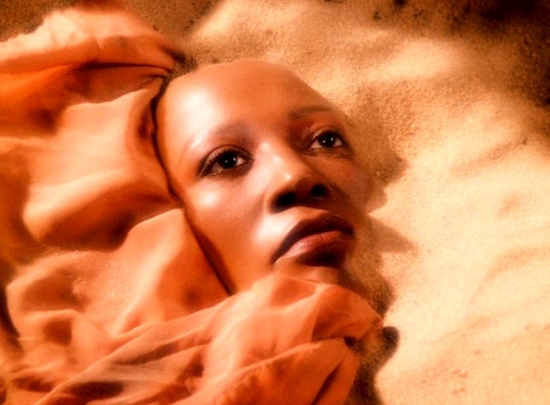 Season 1 – Like all of the “new” Star Trek series, Deep Space Nine required a warmup period. Through seasons 1 and 2, the “A” listers of the Star Trek writing/production team were assigned to The Next Generation while DS9 was left with the generic sorts of plots that allowed exploration of character: Episodes like “Past Prologue” (Nerys’s loyalties are divided thanks to a terrorist friend), “Babel” (the automatic translator breaks down), “Dax” (The symbiote is accused of a murder she didn’t commit) and “Vortex” (Odo delves into his origins) and more are cookie-cutter stuff designed to flesh out characters and the environment rather than advance the ST mythos.

Season 2 – More warmup? Yes, essentially. The conspiratorial threat of “The Circle” pops up for a few episodes, but is vanquished immediately. Season 2 is perhaps most notable for the increasingly humorous interplay between the hypercapitalist Ferengi and Odo. The evil “mirror universe” concept, from which DS9 got lots of play through the seasons, in “Crossover” (episode #23). The season-closing “Jem-Hadar” introduces those badass killers along with their leaders, the Dominion.

Season 3 – Now things kick into high gear as DS9 becomes the flagship of the Star Trek TV universe with the conclusion of The Next Generation. The station is provided with a sort of mini-starship the Defiant, in order to peruse the Gamma Quadrant. And in the first three episodes of season 3 “The Search” parts 1 and 2; “The House of Quark”) is the potential of DS9 to effortlessly bounce from spacefaring drama to side-splitting sci-fi comedy. O yes, there’s time travel, too, as in “Past Tense” (#s 11-12).

Season 4 – The spectre of war begins haunting the proceedings from the opening two-parter, “Way of the Warrior” with a whole mess of Klingon ships looking to pick a fight with the Cardassians. By “Paradise Lost” (#12), the Federation is prepping for the inevitable cross-quadrant war with the Dominion skirmishes and conflicts break out throughout. This season includes another trip to the mirror universe in “Shattered Mirror” (#20), while “The Visitor” is the first DS9 episode to tell a story basically completely outside standard DS9 continuity.

Season 5 – Head trips abound in this season of DS9; by my count, Sisko, Dax, Worf, O’Brien and Bashir all participate in at least one episode wherein “Things are not as they seem.” The über-highlight of this season, though, is clearly “Trials and Tribble-ations,” the hilarious redux of the original series’ “Trouble with Tribbles.”

Season 6 – By the end of season 5, Dominion ships were creeping into the Alpha Quadrant, prompting Sisko to mine the wormhole to prevent their passage. War is declared, and thus season 6 of DS9 takes the ST universe to places it’s never been. The single darkest of all ST seasons, these 26 episodes are filled with edge-of-your-seat stuff that pushed forward the notion of heavy continuity of American television. Only by episode six (“Sacrifice of Angels”) does the station come back into Federation hands after its capture by Cardissian and Dominion forces in episode 1 (“A Time to Stand”), and the series enjoys its finest hour in the incredible “In the Pale Moonlight” (#19). But as though to show DS9 wasn’t dragging ST into pure wartime thrills, the incredibly deep (and utterly continuity-ignoring) “Far Beyond the Stars” (#13) is a more heartfelt examination of 20th-century racism than nearly anything in TV history.

Season 7 – The symbiote Dax gains a new humanoid body to start the season, setting the table for the wave of departures inevitable in a final season. All the individual stories are wrapped up – no, really, *all* of them, including one hell of a horrible fate for Gul Dukat – as all but Bashir, the new Dax, Quark and poor Jake Sisko leave the station by “All That You Leave Behind.” And check out that heartbreaking, full-circle last shot, with particular reference to the opening scene of the first episode…

Season 8 – Okay, so tehnically, DS9 never got reupped for a season 8; however, an interesting conceit in the 2019 documentary release What We Left Behind has essentially all the key stroy-/scriprtwriters developing a story for DS9 season 8, episode 1. The only negative to the imaginary episode creation is that we sadly shall never see the results. Anyone else miss this show...?