ST:TAS episode guide – These are the animated voyages of the starship Enterprise...

Whoa, what a mix. You’d guess that going to animation after the original series was taken off the air would allow Star Trek to really go where no one had gone before thanks to the possibility of special effects. And while The Animated Series brought stuff that TOS couldn’t attempt to duplicate – walking flowers, starship battles, pocket universes, really *alien* aliens – the stories are often ultimately freakin’ bizarre. TAS also boasts one bona fide classic: “The Slavers’ Weapon.” 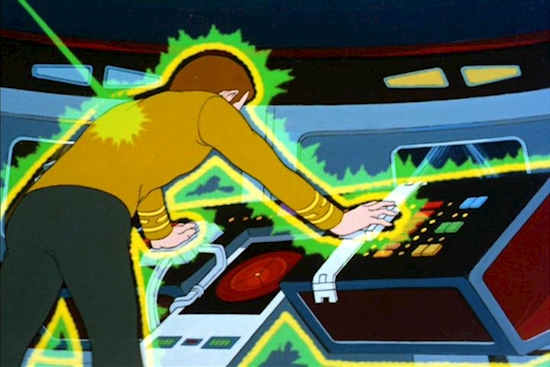 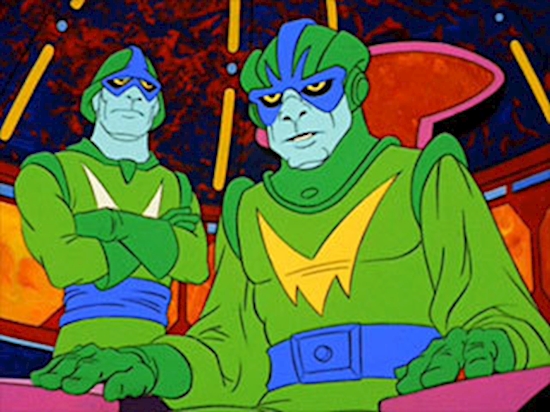 Would you believe that Star Trek: The Animated Series is the only ST show ever to win a non-technical, non-design Emmy? In 1975, season two of ST:TAS, despite containing just six episodes, took him the prize for Outstanding Entertainment – Children’s Series. (In fact, in the 24 subsequent seasons’ worth of Star Trek series, just one major Emmy nomination has been garnered by the franchise: A Best Series nod in 1994; ridiculous when one considers the acting tours de force Patrick Stewart and Brent Spiner were putting in weekly on STTNG.)

The award was obviously to be taken pride in, but also was a bit of a no-brainer, for ST:TAS may be considered the first cartoon series not explicitly for children. Each of the scripts might have been produced for the 1960s live-action series, and one story even featured characters’ deaths – an absolute no-no for years to come at Filmatron.

Just check out some of the writers enlisted to participate: D.C. Fontana and David Gerrold, who have participated in multiple series and mediums contributed early. Though shafted by the production team, Walter Keonig (a.k.a. Chekov) contributed “The Infinite Vulcan”, something of a take on the Khan-introducing episode “Space Seed.” And no less than science-fiction giant Larry Niven even molded a script from one of his prizewinning short stories for the 1974 season.

Of course, not everything was brilliant. Serious Star Trek junkies and canon worshipers will despise certain continuity-busting elements of The Animated Series. Among the crimes perpetuated by Roddenberry and Filmatron in the 70s series include misidentifying the original captain of the Enterprise, including a holodeck on the Enterprise (and naturally said episode is the weakest of TAS’s run) and other technology that cut against the grain of the established series.

At Star Trek Guide, we’d advise those offended fans to apply a little head canon to the internal contradictions within The Animated Series, because the truth is TAS plays as an extension to the Original Series, part of the five-year mission with everything proper about Star Trek left intact. It’s decent stuff, all in all – even for the hardcores.