Take a moment to think about some of the most memorable pop culture icons related to film and television in the past few decades. While the Star Wars franchise, Ghostbusters and The Lord of the Rings certainly qualify, the fact of the matter is that Star Trek always rises to the top of the list. Why is this the case?

There are actually several reasons behind this all-too-apparent observation. First and foremost, there have been constant reboots of the original series over the years. Common examples include Star Trek: The Next Generation and the recent films starring Chris Pine as James Kirk. However, we need to dig a bit deeper in order to truly understand why a series that originally lasted for only three seasons has exhibited such an influence over more than 50 years. Let's look at a handful of other interesting reasons why Star Trek has become so iconic. 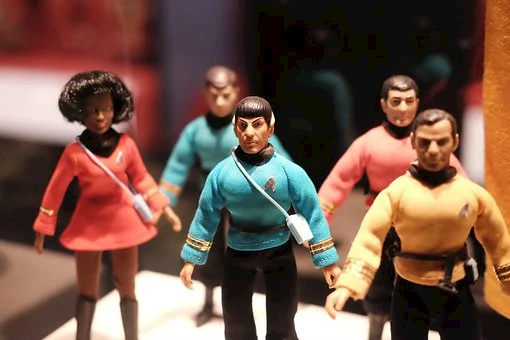 Star Trek was one of the first science fiction series to truly capitalise upon emerging marketing opportunities. In fact, many will argue that the creators of Star Wars modelled their sales campaigns off of Star Trek strategies. In fact, the chances are high that even those who were never fans of the series likely owned a handful of toys when they were young.

Let us also remember that Star Trek has now entered into the digital domain. From MMORPG platforms and downloadable applications to high-quality slots games such as those offered at cherrycasino, Gene Roddenberry would be quite pleased with how far has brainchild has come since its humble roots beginning in 1966.

Although it cannot be denied that the popularity of Star Trek is partially due to shrewd marketing and advertising campaigns, we also need to remember that the core principles of the series are rather timeless in nature. If we distil the initial idea to its core, Star Trek represents mankind's journey into the unknown; his instinctual nature to make new discoveries while inevitably faltering along the way.

Another interesting feature of Star Trek is that the franchise has the tendency to promote underlying moral beliefs. A handful of subjects which have been touched upon over the years include immortality, communism, capitalism, religion, economics, friendship, and xenophobia. In other words, these very same topics are just as relevant today as they were nearly 60 years ago.

We can now begin to see why Star Trek has not lost its lustre as the years have gone by. If anything, many modern scientists claim that they were inspired by the series to "boldly go where no man has gone before". This is also why we should fully expect the entire franchise to enjoy popularity well into the future.

Of course, this is also great news for fans who will be able to access even more cutting-edge online platforms related to the series. Whether you have recently been introduced to the franchise or you have followed the interstellar journeys for years, Star Trek never disappoints.