How to Use Stock Footage More Effectively in Your Projects 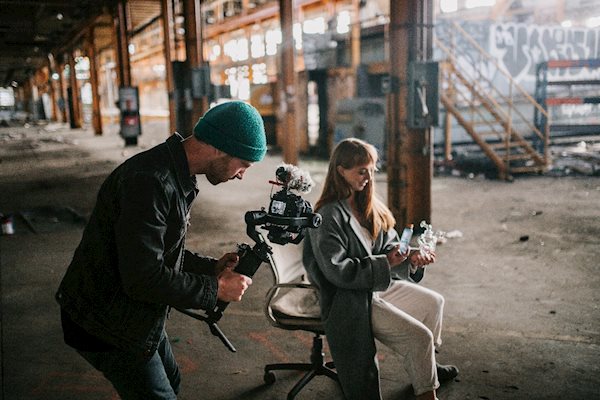 Creating a film project can be one of the most stressful processes if you are not ready to handle some "issues" or problems you might encounter along the way. This means that before anything, you should plan ahead. There will be critical stages during the filming of a project. They are in those large-scale productions that end up on the big screen, both in Hollywood and in the rest of the filming industry. Why wouldn't you encounter issues during your project?

It was the great Akira Kurosawa who once said that "all you need to write a script is paper and a pencil," and it's one of the key parts of starting filming something new. It will help avoid most of the problems that a production (large or small scale) might find along the way, and, of course, help create something more refined, even when the budget isn't great.

That quote from Kurosawa comes from a time when making film was extremely expensive. With today's cameras, it is much easier to create something out of thin air. All you need is a good imagination, "paper and pencil" and the will to overcome whatever might come your way. Sometimes filming is easy and will go without any inconvenience, but even for some of the greatest, like Andrey Tarkovsky, problems can arise and even force you to refilm a lot of hours.

There is an anecdote about the filming of his greatest masterpiece "Stalker," when they lost most of what was filmed up to that point due to an accident.Some say that they even had to pay from their pocket to film again, since the Soviet Party wouldn't pay for what they had already filmed. Some even say that this "Stubbornness" ended his life years later due to cancer, since he went to film in some quite dangerous locations, inhaling really dangerous products.

Modern filming can be easier

Of course, filming your new project shouldn't be so drastic, particularly in this age when it is easier to get free stock footage to replace what you might lose. Since it’s a tool that most directors employ in their films, particularly those that are starting their careers, Also, it s a great resource that will allow a filmmaker to use, for example, the scene of a nuclear plant without needing to go there.

The same happens when trying to create transition scenes, of people walking in a great city, or maybe the sunset in an impressive location, ending up in a great way to tell a story and without implying the need to travel, for example to Africa. This is one of the great advantages that modern filmmakers have over those in the past; filming a project is not only way easier, but also cheaper, since the use of stock footage can provide scenes from half the world without having to travel that far.

Also, it helps with production in terms of not having to go over a casting to get, for example, a shot of a person having a coffee, or maybe the scene of a concert full of people dancing. The only condition that you might have to consider, above all, if your project will participate in some contest, or maybe you are planning to sell it in an advertisement film, is that others might have already used it in their videos. It won't generate any copyright claims, but it's in "bad taste", especially for those paying to know that what they are watching was previously used in a similar project.

When is stock footage employed in a project?

There are many ways to tell that you might have to use this resource in what you are filming, but the best indicator might be your budget, or even more importantly, the time you have. Since most projects can take quite a lot of time to film, edit, and post-produce, it's really important to be able to discern when you need to film something, and when it's better just to use this free resource that will indubitably save a great deal of time.

You just need to be careful that it isn't "out of tune" with the rest of your film. For example, if you are filming a story in the forest and the people have a determined skin tone, you can't use stock footage with different kinds of people, it will really stand out. Just try to keep an eye on the tones, white balance, and general light in that stock footage before you use it. Also, in terms of locations, try to avoid well-known places, like, for example, Times Square in New York, or maybe some parts of London, since a lot of people will point them out easily.

As it was explained earlier, the main usage of this kind of footage should be as an auxiliary tool to fill "holes" in your project, like, for example, those missing transitions, costly scenes, and, of course, those that will require a lot of time to film. In those cases, the best option will be to use this kind of footage and avoid the smooth running of your long awaited film project.