The Challenge of Adapting a Star Trek Game

With dozens of Star Trek games released over the decades, it's safe to say that the property is a popular one when it comes to interactive entertainment. Though many of these have been well-received, they've never quite matched up to Star Wars in terms of scope and success. Arguments over the superior series aside, a lot of this trouble ties into how complicated it can be to provide a Star Trek adaption that remains accurate to the shows. In this article, we want to take a look at why that is, and in what forms and genres interactive adaptions can excel or struggle.

At its core, Star Trek is more introspective than many mainstream series. It's not so much about big explosions and rapid action as it is about the constant drive to achieve the greatest good and the moral complexities that arise when pure ideology meets messy reality. It makes for a fascinating back and forth, where intellect and character prove superior over brute force. As it so happens, these are difficult concepts to translate into interactive entertainment.

From their inception, video games have largely revolved around quick reflexes and phalangeal dexterity. Move the paddle, aim, leap the pit, these are the core of gaming, and on some level, they're antithetical to the Star Trek experience we explore at StarTrekGuide.

Making a truly accurate Star Trek game either requires a high level of specialization and focus on singular aspects or necessarily includes too much choice to be an easily programmable feat. This is reflected in the released titles for Star Trek, which run the gambit of weird and wonderful to bizarre and pointless. With that in mind, let's let at what's on offer, and what could work.

The Good, the Bad, and the Possible

Arguably the most popular of all Star Trek games entering the 2020s is Star Trek Online. Seeing constant updates as we've covered on StarTrekGuide, this MMORPG launched in 2010, giving players the chance to take their place as a member of the Federation. Set in 2411, 12 years after Star Trek: Picard, ST:O illustrates some of the furthest points in the Trek canon, allowing players to go beyond the eras of the shows.

As an MMO, ST:O is a little unfocussed. This is only natural given the title's scope. With different factions, career paths, skills, reputations, playable ships, weapons, and planets, the game has a massive amount of variety that no other Trek experience has been able to match. As sort of a jack of all trades and master of none, this gives it broad appeal, but this might be a little too broad for some players.

For a purer experience, arguably the best received Star Trek game could be found in Star Trek: The Next Generation – A Final Unity. As we noted in our StarTrekGuide article, this 1995 DOS and Macintosh game was a profoundly faithful representation of TNG. Revolving more around conversation than many modern players might be used to, A Final Unity still holds up today as a point-and-click adventure, but finding a copy might be impossible with the publisher Spectrum HoloByte closing in 1999.

The most infamous of all Trek games is the imaginatively named Star Trek the Video Game. Released on PC, Xbox 360, and PlayStation 3 in 2013, this title was universally despised, holding only a 2.3 user score on Metacritic. With unintelligent AI, a terrible camera, and more glitches than the universe has Tribbles, this movie tie-in should have been vented into space. This was supposed to be a blockbuster, but it showed how going big with the wrong attitude would only hurt. For more success, we'd rather consider the smaller possibilities that understood their scope.

In terms of interactive experiences outside of video games that could work well with the Trek name, some of the most promising could be the smaller themed titles with big appeal. Something like the NYTimes Wordle with an esoteric Trek bend could be a huge hit here. This approach could also be illustrated by themed offerings applied to titles like the blackjack Betway games. At the moment, games like Rugby Star and Football Star Deluxe already see success through putting spins on classics, and we're sure Trek fans would appreciate similar efforts which appealed to them. 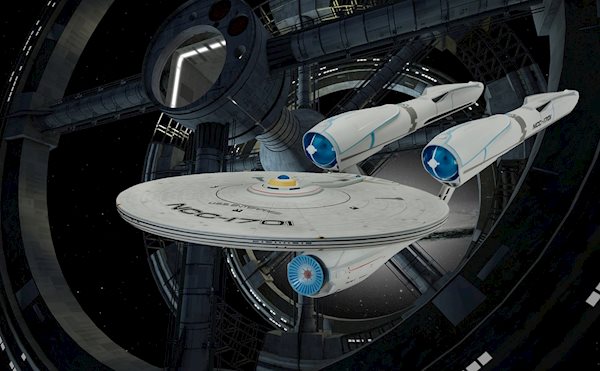 With Discovery and Lower Desks proving such hits with modern audiences, Star Trek is inevitably going to see a greater emphasis on interactive experiences in the coming months. While we already know about some of these titles, like Star Trek: Resurgence reported on at The Verge, there's no doubt that there are more somewhere in the pipeline. We can only hope that there's enough variety here to make all Trek fans happy, regardless of what you value most from the canon. Whatever happens, let's just pray for more Final Unity rather than Star Trek the Video Game.